You Just Can't Un-See Some Things

Okay, mates, here’s the blog I was planning to write a few weeks back.

It is not for the faint of heart.

As the title suggests, you might want to turn away.

Don’t say I didn’t warn you…

There is a song that runs through my head around this time of year.

Recorded in 1960, the “Itsy Bitsy Teenie Weenie Yellow Polkadot Bikini” song has been a life-long part of my music catalogue.

CAPTAIN’S NOTE: If you are unfamiliar with the song, don’t look it up on YouTube just yet.

The song was one of two hits for bubblegum-pop singer Brian Hyland, who was just 16 at the time. 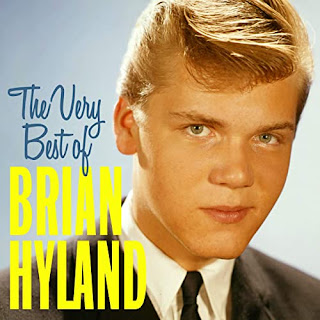 “IBTWYPB” (because I’m too lazy to write it out every time) is about a bashful young lady wearing her new bathing suit on the beach.

As the storyline goes, the young lady in her new bikini is “afraid to come out of the locker”. Then, when she gets up her courage, she wraps a towel around herself and sits on the beach. Finally, she makes it into the water but doesn’t want to come out of the water even though she is “turning blue”.

This song is credited with launching the bikini craze of the 60s.

Now, even as a young powder monkey listening to this song, the images conjured up in my mind looked something like this. 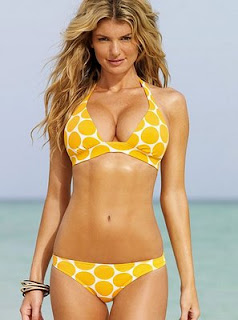 Here is the girl the song is about… 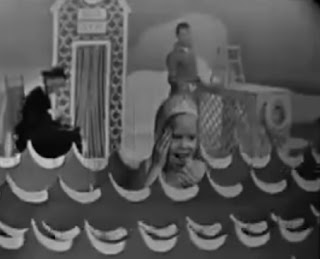 And, at the risk of being accused of child pornography, here she is in the IBTWYPB… 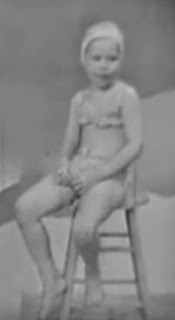 And why is a 16-year-old boy leering at a 6-year-old girl wearing a bathing suit largely lost in adolescent fat rolls?!? 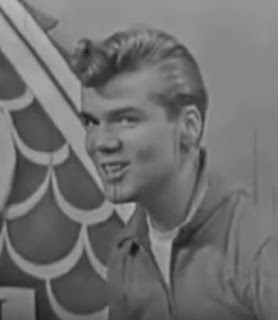 This is why the Captain wears an eye patch!

So I don’t have to scrub out BOTH eyes with Clorox!

The song was written by Lee Pocriss and Paul Vance, reportedly based on Vance’s daughter, who was too shy to wear a bikini in public.

The Captain has found no information about how old Vance’s daughter was at the time, but many assume a child was used on the television show because the TV censors would not allow a teen or adult woman in a bikini.

In fact, in 1951 the National Association of Broadcasters established its “Code of Practices for Television Broadcasters”. Amongst many other things, the regulations prohibited the display of a woman's navel.

CAPTAIN’S NOTE: You may be familiar with the controversies surrounding the display of Tina Louise’s and Dawn Wells’ belly buttons on “Gilligan’s Island” (1964) and Barbara Eden’s belly button on “I Dream of Jeanie” (1965). 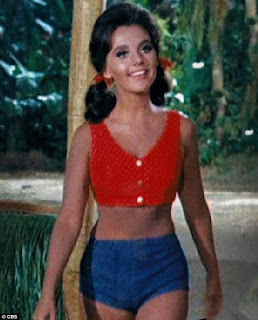 Nonetheless, my childhood has been ruined.

That IBTWYPB will never be the same. 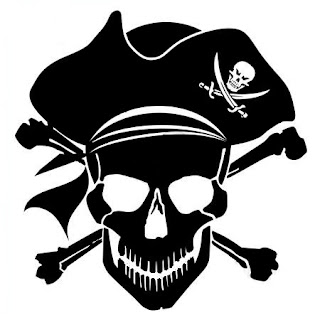 Prepare to be Boarded!

"CAPTAIN DAVE"
Climb aboard the "Banana Winds" as we set sail for adventures into parts unknown. I'll be your Captain on this voyage. I'm a pastor of a mainline denomination who enjoys both the blessings and challenges of full-time ministry. The "Banana Winds" sails because too often people make "doing Church" more complicated than it was intended to be. The Good News of Jesus Christ really is good news... for all people! I aim to keep it that way!